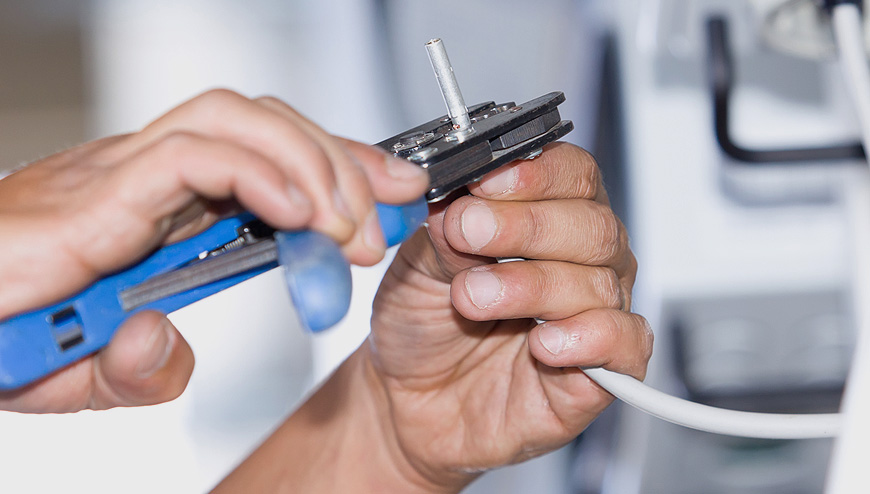 Consumer Unit, Distribution Board, Fuse Box.  Three different names for pretty much the same thing you may think.

Typically, one electrical supply comes into your house.  The electricity then needs to be split up into different circuits for things like lighting, power socket, electric showers etc.  Each of these circuits needs it’s own protection against overload so the wiring does not get too hot and cause a fire and so the electricity gets cut off if there is a fault.   The equipment that splits up the electricity into circuits and protects those circuits is called a consumer unit or distribution board.

In the old days the consumer unit or distribution board has fuse wire inside that melted to disconnect the electricity. That did the job OK at the time but was not very accurate in what current was needed to melt it.  The fuse wire was hard to replace and people often put the wrong fuse wire in causing a fire risk.

Later on, the fuse wire type consumer unit was replaced with ones with Miniature Circuit Breakers in (MCBs).  These were more accurate and could be reset if they tripped off.

MCBs work well and are still in use.  The problem with them is that they don’t give you any real protection against electric shock.  It only takes about half an Amp across the human chest to stop the heart. A lighting circuit is typically 6 to 10 Amps so is plenty powerful enough to kill you.

To get over the lack of electric shock protection of an MCB some clever person invented the Residual Current Device (RCD).  RCDs disconnect the power very quickly and at a very low current so that any electric shock received is not powerful enough to do harm.  They also do a good job in protection the installation from fire as if the cables warm up to much the RCD will trip.

The most modern consumer units have RCBOs.  These are neat little switches that combine the protection of MCBs with that of RCBOs.

So which consumer unit or distribution board do I have and what do I need?  You may ask. Why not call us at Fusebox Electrical Services. We will be delighted to send around one of our electricians to take a look for you and give the best advice on what equipment will meet your needs and keep you and your home safe.